For many spectators, the art of Bollywood dance is a collection of pleasing movements and fantastic visual stimulations. Indeed, much of Bollywood dancing is a hybrid of India’s rich history. As a proprietor of riveting Bollywood dance classes, Shingari’s School of Rhythm is no stranger to the vibrant tapestry that Indian dance has painted throughout history. Similar to Bharatnatyam dancing, Kathak is a classical Indian dance form. Today’s blog looks into this ancient art and how it has blended into modern dance schools.

Originating in Northern India, Kathak was brought into use by the traveling bards of the time. Estimates vary on the time in which this dance form developed, but historians have narrowed the window to within 500 years of the changing of the era (500 BCE to 500 CE)Theses Kathakars, or storytellers, would use this dance form to regale crowds with tales of epic past dramas and the country’s mythological characters. Early practices shifted religious stories, mainly consisting of enacting childhood stories of Krishna. Thus, Kathak was a religious form of dance and song that entertained and educated citizens.

The expansionist actions of Britain during the 19th century brought an abrupt halt to much of India’s cultural art forms, including Katha. The European view on eroticism and sexuality led to Indian dancers being branded as sexual deviants and essentially prostitutes. The prude nature of the Victorian era was a harsh change for the Indian people’s tendency for cultural expression and celebration. 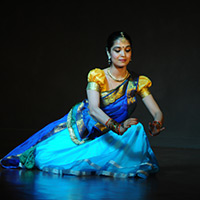 Katha, like most facets of Indian song and dance, was essentially snuffed out through colonization. A number of citizens continued the practice in private in an attempt to preserve their rich heritage. The shift toward oral storytelling helped to preserve the quickly dissipating traditions of the Indian people.

The 1900s saw a continuation of rapid cultural change and resistance in a country that held 330 million inhabitants before its independence in 1947. As the shift toward independence gained traction in India, so did the desire to rediscover and reclaim the native roots of the country. Art forms, such as song and dance, came surging back as Jawaharlal Nehru declared independence and became the first prime minister of an independent India on August 15th.

Kathak dancing underwent a variety of changes through its long history, for better and for worse.   This classically major type of Indian dance has had numerous effects on Indian history and the world at large. Next time, we’ll look deeper into what Kathak is and how it is utilized in today’s society. For anyone interested in Indian dance lessons, Shingari’s School of Rhythm is the perfect answer! Specializing in Bollywood dance classes, our teachers are ready to get you moving to the rhythm of Indian history and culture. Contact us today to find a Bollywood dance school near you!